Become a Part of Uniformed Units of Irem Shrine

The Uniformed Units are the backbone of Shrinedom. It is through participation in a Unit that the Noble becomes active and involved in the workings of his Shrine. Irem Shrine is the host to twelve such Units.
While each Unit pursues its individual goals and purposes, they are united in their support of Irem Shriners, the Shriners Philanthropy and Shrinedom as a whole. The Nobles of Irem Shriners are encouraged to become a part of the various Uniformed Units. 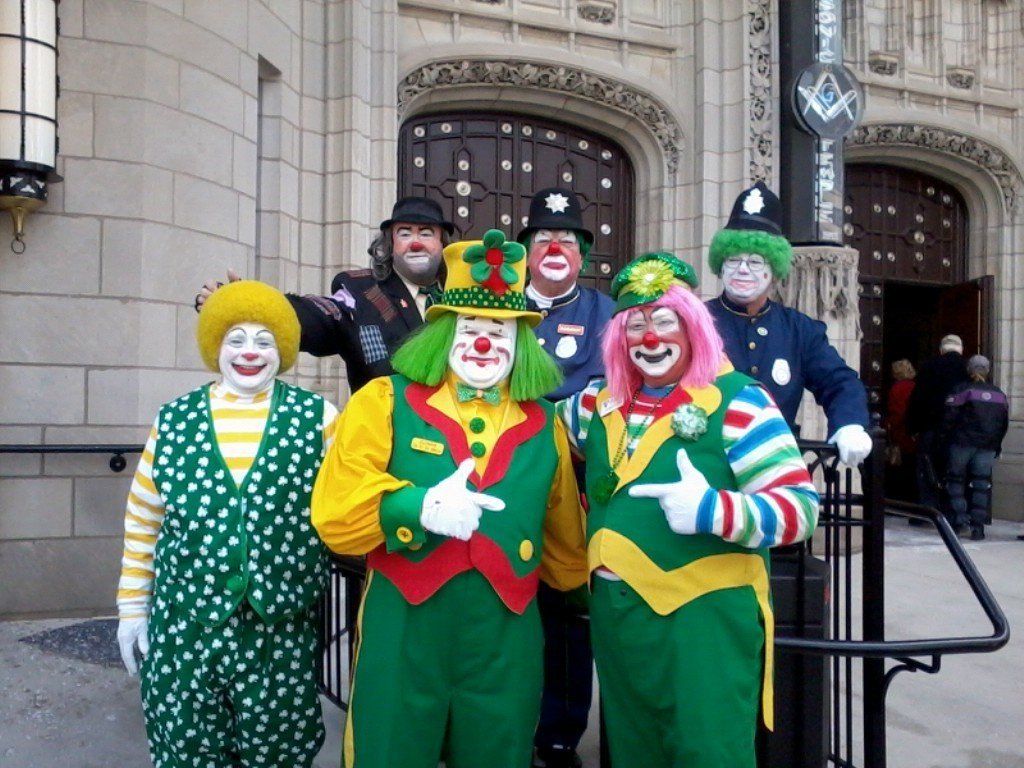 CLOWNS - Sean Gresh, Boss Clown (570-709-8283) - "Bring on the Clown" to add color to Irem and lend an air of joviality, mirth, and merriment to Irem in general. The Clowns are the Shrine's most visible Unit. They perform at parades, ceremonials, and appear at various hospitals and community functions. The Unit meets monthly on the 3rd Thursday.
DIRECTOR'S STAFF - David Schuler, President (570-639-2541) - This Unit is the workhorse of Irem Shrine. Its Director is the Shrine's Director of Work and, as such, The Unit participates in parades and is responsible for the famous ceremonial second section, which has levied a variety of mystic treatments to those who dare cross the desert sands in search of Irem Shrine. The Unit meets monthly 1st Friday.

LEGION OF HONOR - Noel Kline, Commander (570-709-9850) - "Hut two, three, four!" The Legion of Honor is a marching unit with a military-style drill team. Its members must be on active or reserve duty or be honorably discharged from the United States Armed Forces. The Unit participates in parades, drill competitions, and ceremonials. The Legion of Honor meets monthly on the 2nd Thursday. MOTOR CORPS - Sherman Mead, President (570-332-3848) - "Gentlemen start your engines!" This is a motorized unit with four divisions within its ranks - The Harley Motorcycles, the Dune Cats, Antique & Classic Cars and the Fire Truck. The Unit practices specialized routines and participates in parades and ceremonials. The group meets monthly on the 3rd Thursday. ORIENTAL BAND - Jack Powell, President (570-963-0121) - This Unit is a flute and drum corps specializing in Mid-Eastern entertainment. Its flowing and colorful Arabic garb provides for a festive air when the Unit participates in various parades, ceremonials, and concerts. The group meets bimonthly on the 2nd & 4th Tuesdays. PROVOST GUARD – Ronald Rogers, President (570-855-2573) – Irem’s Police - the guardian of the secrets of Shrinedom. The Provost Guard cuts an imposing figure in their uniforms, which are similar to those worn by today’s law enforcement officers. The Unit, in addition to providing security for Irem’s ceremonials, also participates in parades and other Temple activities. The Unit meets on the 4th Friday of the month.

SHEPHERDS – Lloyd Ryman, President (570-406-7672)
"The keepers of the flock, the herders of the lame and helpless." The shepherds provide a very essential service by transporting patients to and from Shriners Hospitals for Children. The Shepherds meet on the 4th Wednesday of the month, 7pm in the Irem Clubhouse. Shepherds and guests meet at 5:30pm for dinner prior to the meeting. STAGECRAFTERS – Jeff Derocco, President (570-417-1091) - This Unit is charged with the responsibility of props and audio effects used in the ceremonial’s first section. It is also responsible for the audio on the Pavilion for the Potentate’s Ball. The Stagecrafters participate in Shrine parades and other functions called by the Potentate.
STRING BAND – Thomas Aycock, President (570-655-8629) - “…with a banjo on my knee.” The String Band provides entertainment at parades, ceremonials, and concerts with music from banjos and other stringed instruments. Shriners and non-Shriners alike immediately recognize their unique style and colorful marching uniform. The band meets monthly on the 3rd Wednesday.
TRANSPORTATION UNIT – Allen Stratton, President (570-762-7028) - This Unit is responsible for the transportation of Irem Shrine personnel, materials, and equipment as the need arises. It provides invaluable assistance in transporting equipment to and from the circus as well as Shrine and Unit equipment to and from the various pilgrimages. The Unit meets monthly on the 2nd Friday.

The Irem Golf Association is a club of golfers for our  18 hole PGA certified golf course. You can find out more about the club and the golf course by clicking on the following link!

The Shrine Club of Greater Wilkes Barre has as its purpose to increase awareness and appreciation of the efforts of Irem Shrine with regard to physically handicapped children and the Shriners Hospital for Children. Shrine Club also counts among its purposes to encourage fellowship and understanding among all members who make up the Shrine Club. And lastly for members to provide their sincere effort and support in favor of the civil, ethical, and fraternal advancement of the work and principles of Irem Shrine.

Our year runs from January 1st to December 31st, and the annual dues are only $10. During December, the five officers, President, First Vice and Second Vice Presidents, Secretary and Treasurer as well as members of the Board of Governors are elected and installed. Our Chaplain is an annual appointment, usually the President's choice, and takes office here with the others.

The Board of Governors meets six times per year: January 8, March 4, May 6, July 1, September 2 and November 4 at the Irem Shrine. Planning and preparation for the upcoming six events are done and voted upon at these BOG meetings. The Shrine Club holds three Business Meetings per year; February, April and October. In addition, your club holds an Annual Ladies Night in June where we recognize and acknowledge our Ladies and thank them for their support of our efforts throughout the year. In August, your Shrine Club conducts a Cook Out at the Irem Gun Club. This is a real old fashioned men's type of outdoor get together with Clam Chowder, hot and mild sausage, corn on the cob, as well as hamburgers, cheeseburgers, all types of salads and a multitude of desserts. One might think all we did was eat, but we also have fun, several Turkey Shoots, Ask Alex, and a great auction. This is done within the backdrop of the beautiful mountains, the clean fresh air and the fun and fellowship of your Shrine Club members and male guests. And finally, in December, we elect and install the new club officers. We get an annual report of our year and always make a generous check presentation to the Potentate, who always comes, to be sent to the Shriners Children's Hospital.

In summation, we support Irem Shrine, donate to the Children's Hospital, support each other and have FUN. Why not come out and join us? There is a membership application on this website, so download it, fill it out and join today! We do have a good time; you will also.

Three steps to membership in the Provost Unit:
There are over 190 Shrines in North America, one of which is called Irem Shrine located here in Dallas, Pennsylvania. Our shrine came into existence in 1895.
Over the history of Irem, many "Units" were formed to celebrate the Shrine and raise money to support our philanthropy, which today is the support of several hospitals specifically designed to care for children with orthopedic and burn issues, all at no cost to them or their family. One of the units formed was called The Provost Guard, made up initially of retired policemen, with the objective of maintaining law and order at the various functions and fundraising events attended by Shriners.
Today, our unit has about 50 members. We meet once a month to plan for upcoming functions where we mainly control and organize parking on the Irem campus for many events during the year, including weddings, reunions, etc. as well as fundraisers. After parking is complete, our presence at the site in our "police-style" uniform serves to eliminate any problems and ensure that our guests enjoy the event. Our unit is also very active at the annual circus run by Irem, which is our largest annual fundraiser, held off campus in neighboring Wilkes-Barre.
To thank our unit members, and in small gesture to repay them for their fundraising efforts during the year, we hold a few dinner functions throughout the year where members and their wives mingle freely to enjoy each other's company. Among these are the Anniversary Dinner each May, the Family Picnic during the summer, and the Christmas Party held in December.
Who provides the police-style uniforms for the Provost Guard?
Once a new member joins our unit and agrees to work once or twice each month, our unit provides a uniform for the new member at no cost.
What are the dues for the Provost Unit?
You must maintain your annual membership as a Mason and as a Shriner by paying those annual dues. As a member of the Provost, the annual dues are currently $10 per year. Additionally, as a Provost member, you must also purchase the book of circus tickets each year at the current cost of $40.
If you have additional questions, please contact the President of the Provost Guard, Walter Volinski, at 570-287-1847.

The Camel Puffers are a Cigar Appreciation club. Nobles who are interested in joining, please contact Rich Polish at (570) 267- 5355.

The Irem Membership committee is proud to announce that Irem Shrine will be implementing the Imperial Shrine Legacy Program. This program is designed to recognize Irem Shriners and their male legacy relatives. To register for this program, request a Legacy Form from the IREM Shrine Legacy Coordinator. 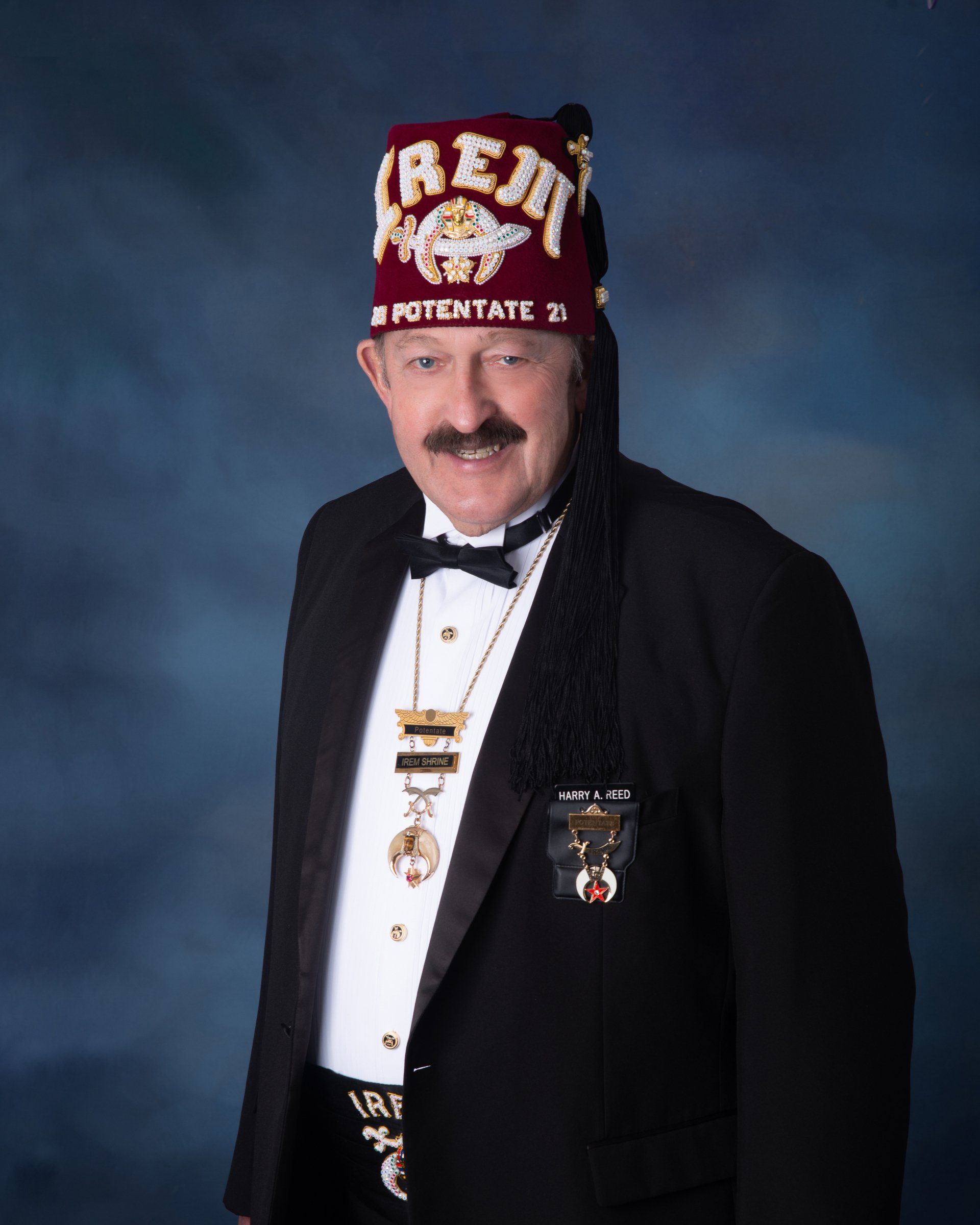 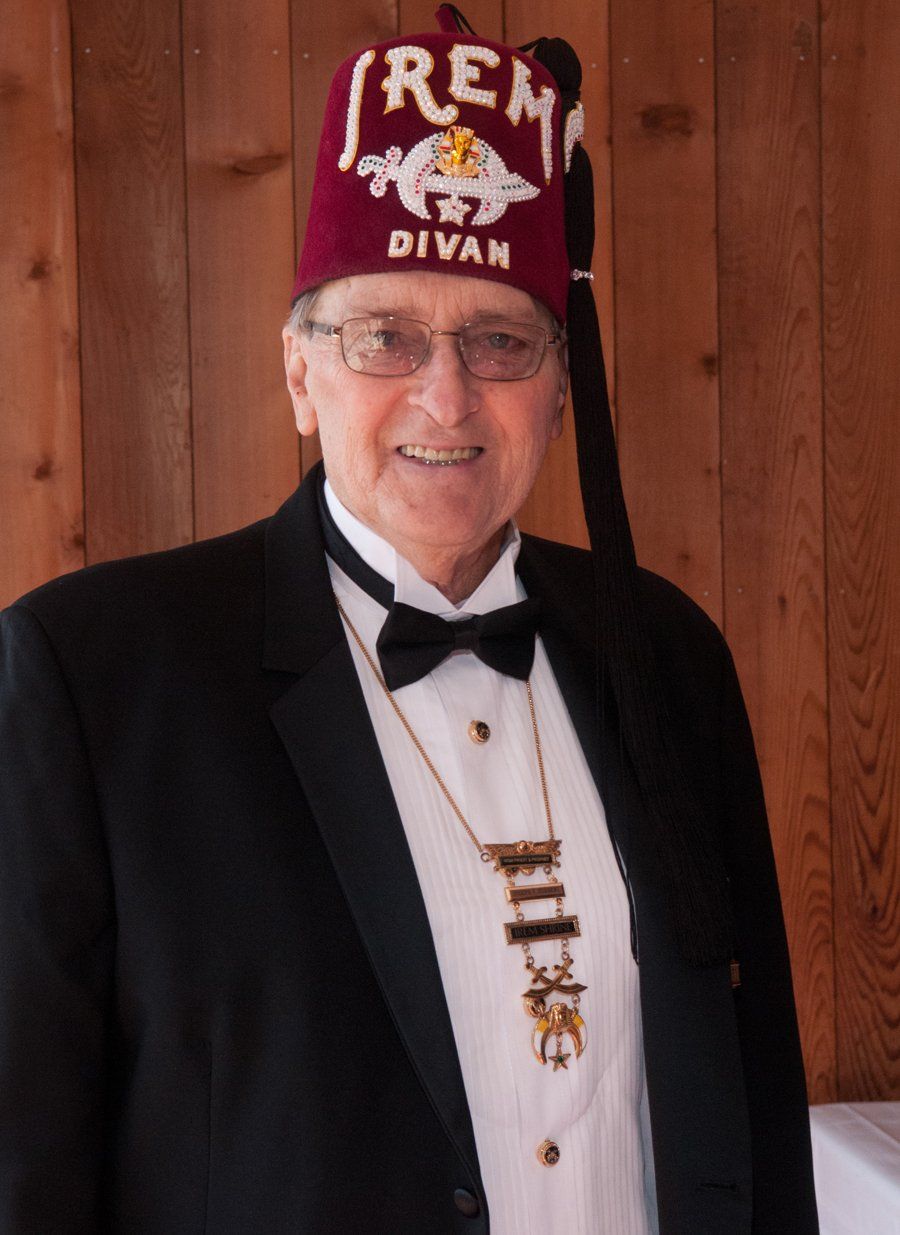 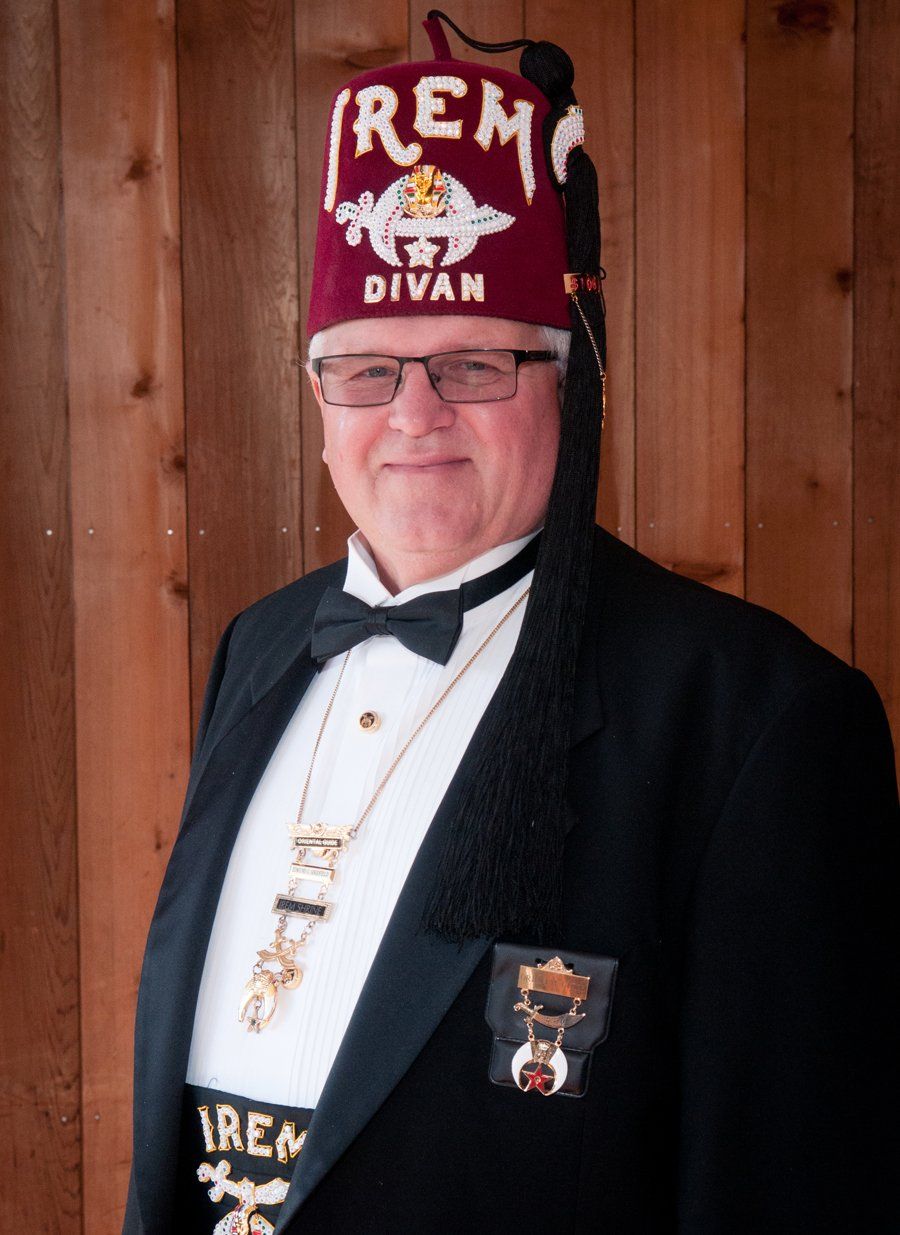 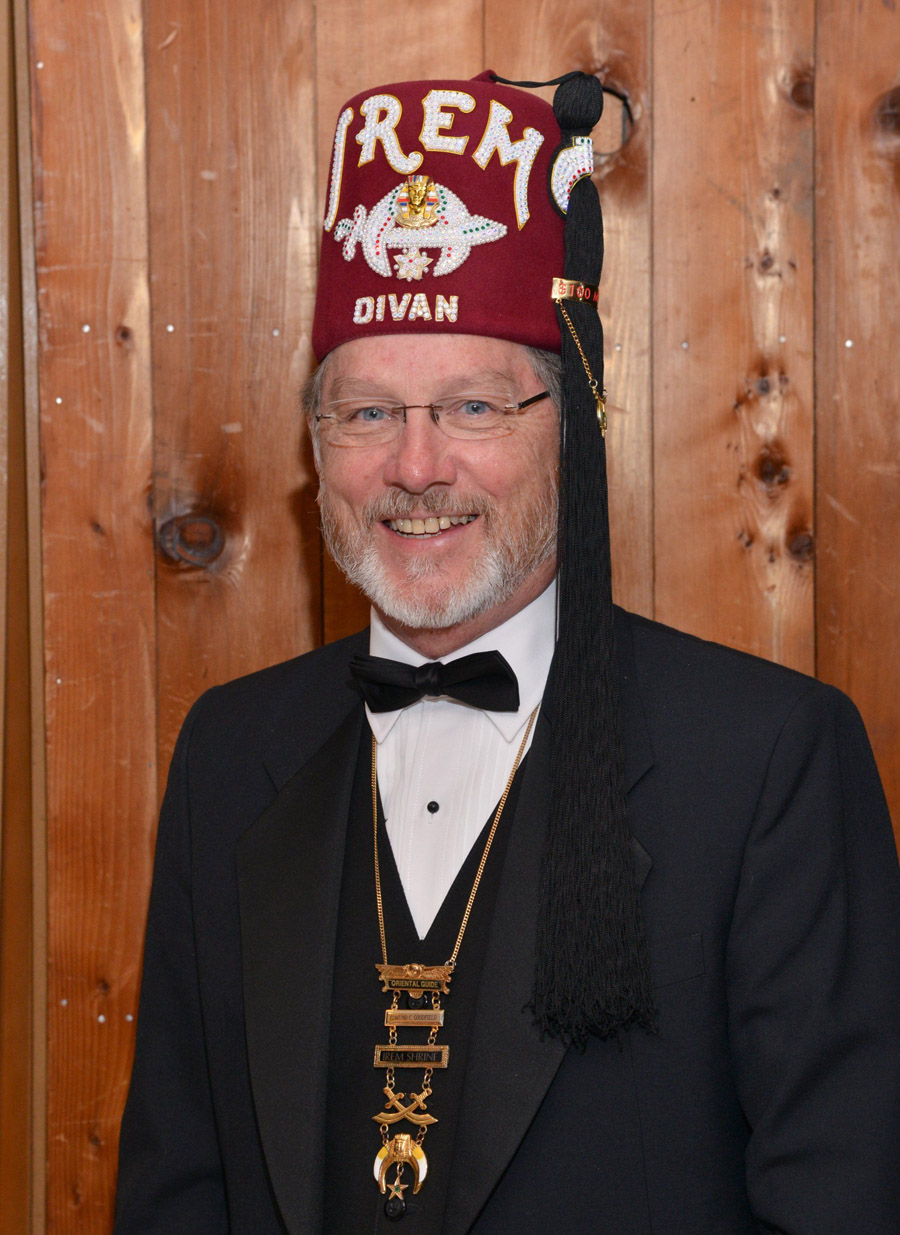 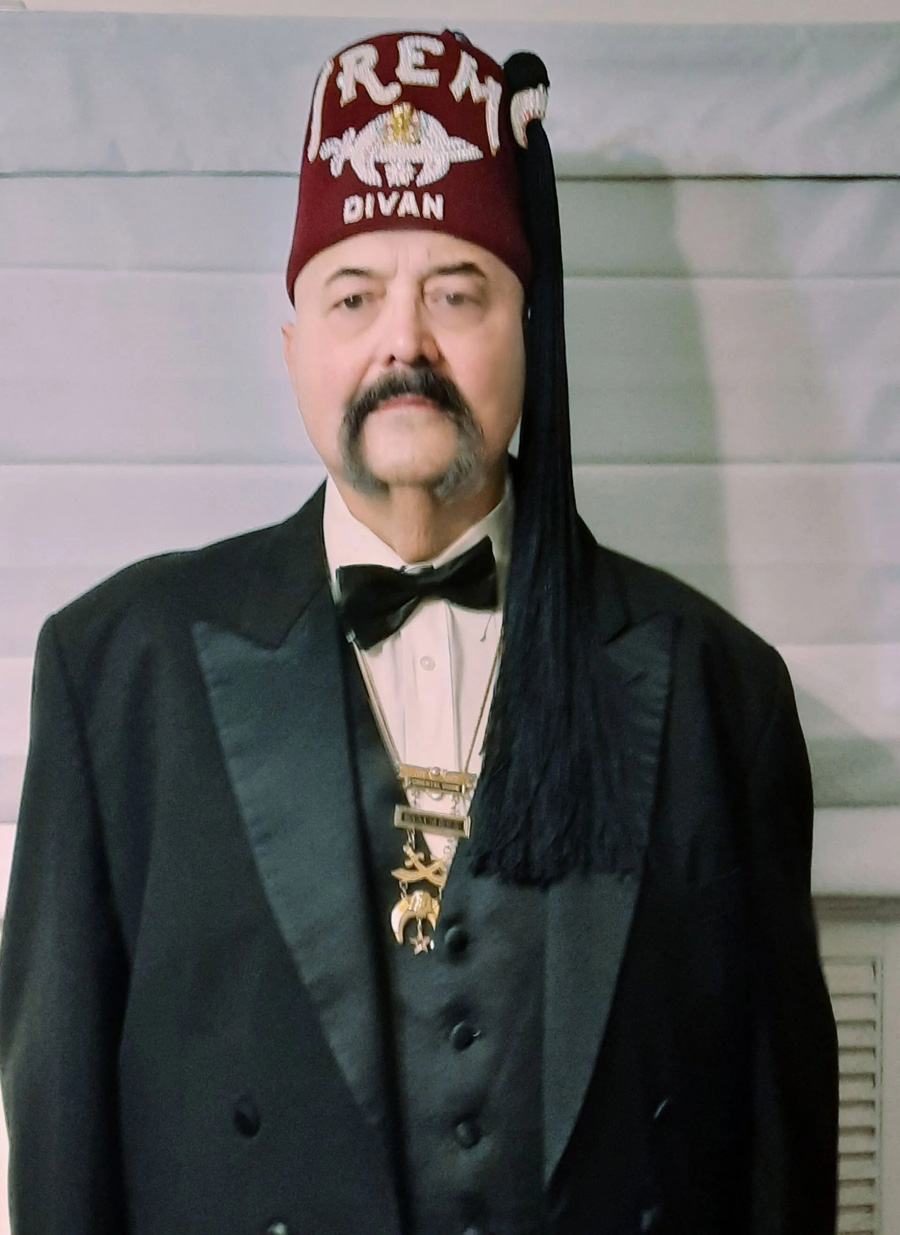 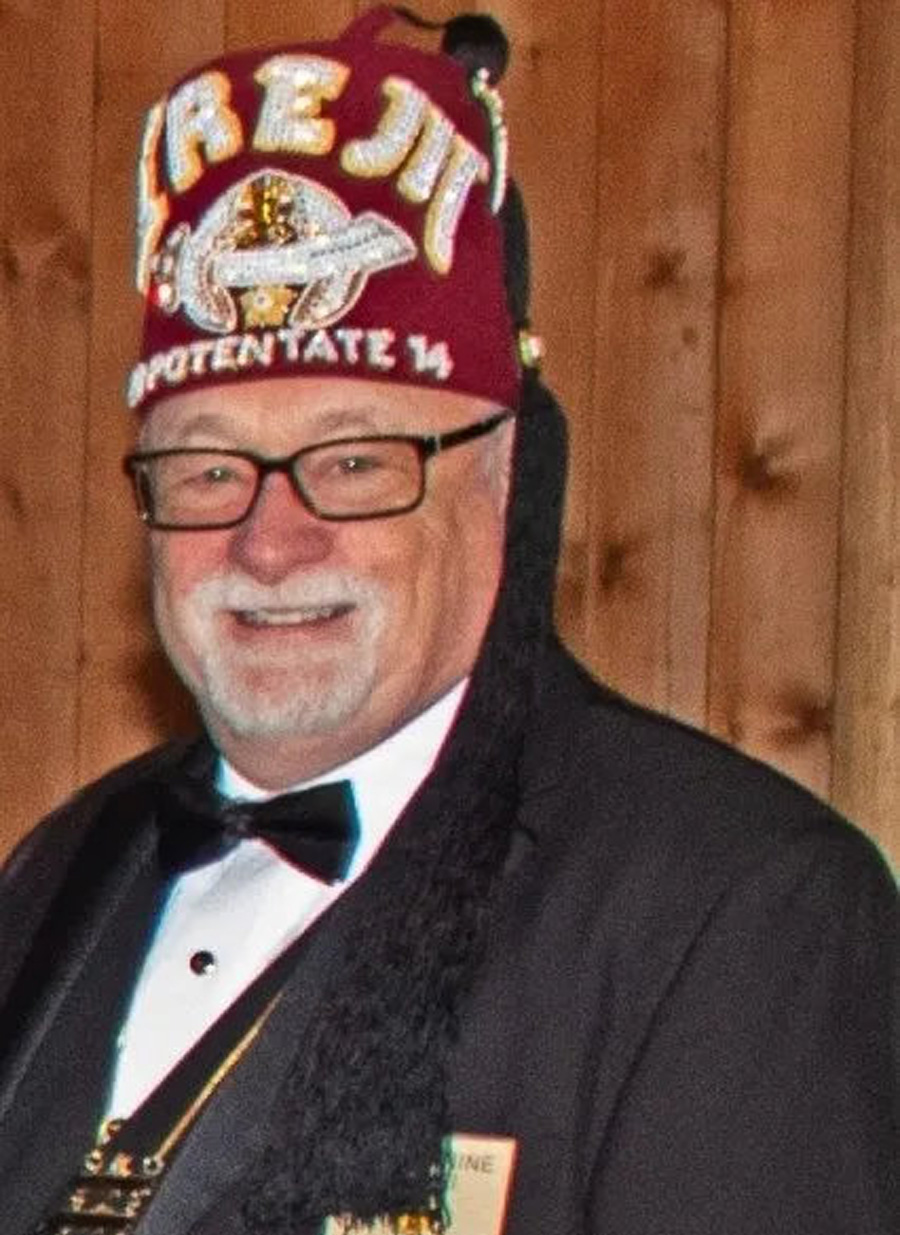 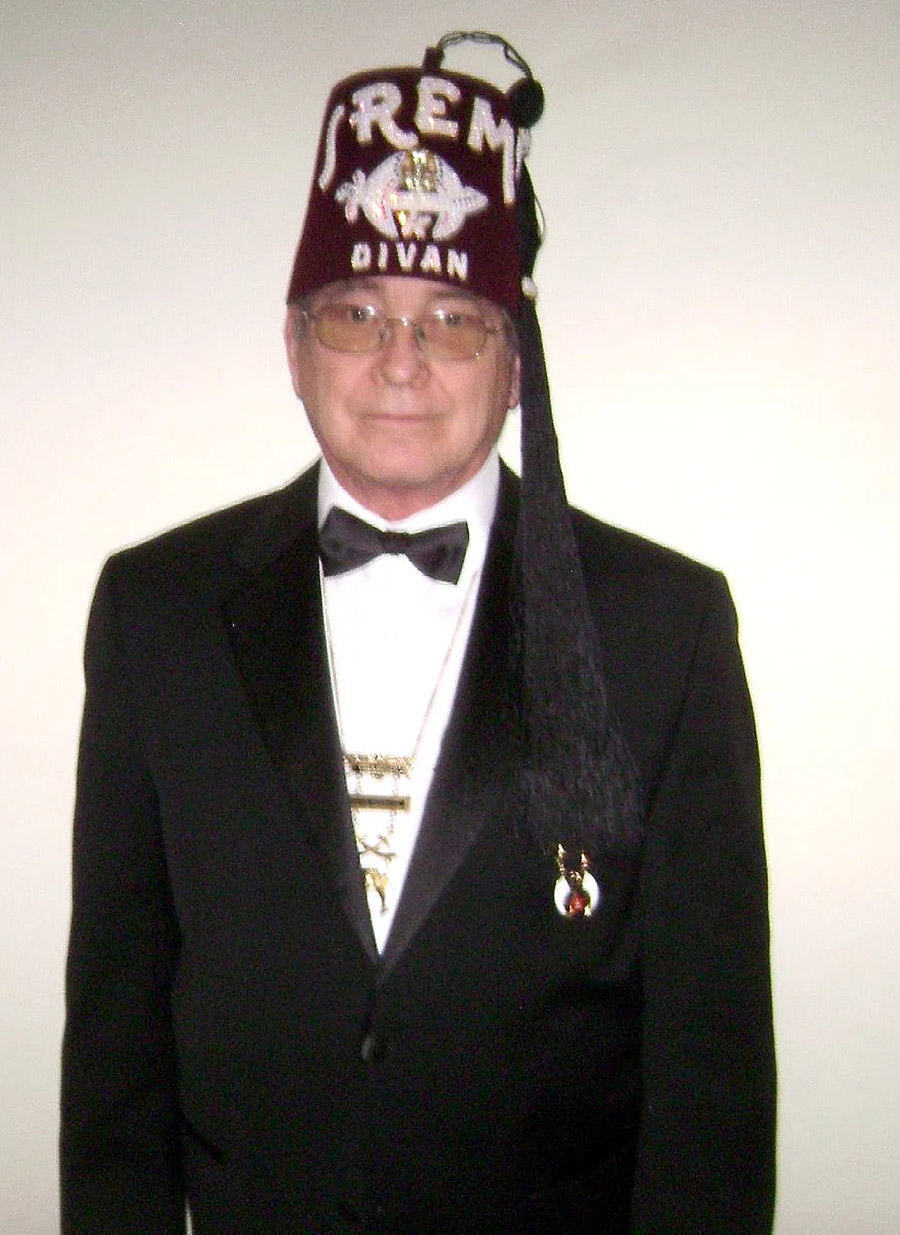 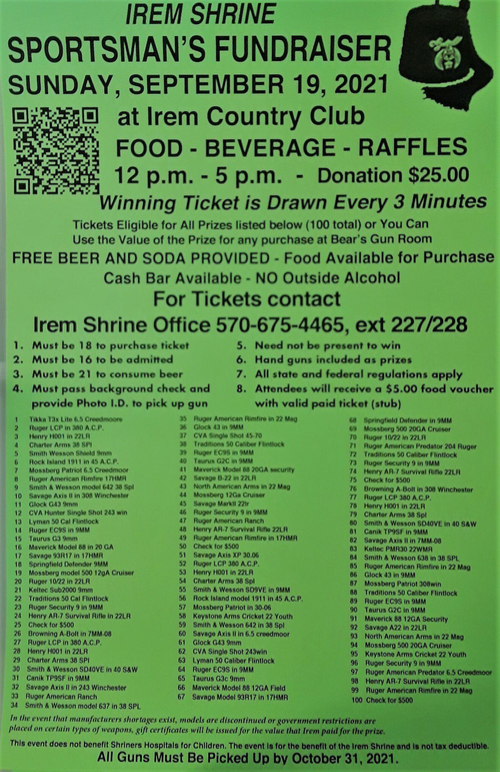 Pay Your Dues and Manage Your Membership at WebFez. Go here. 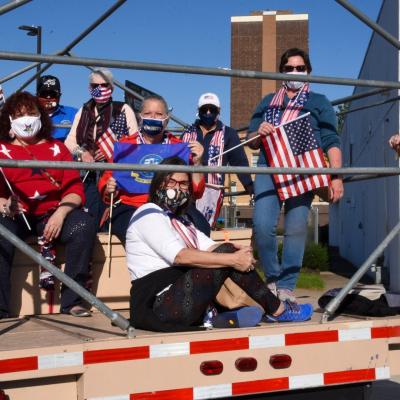 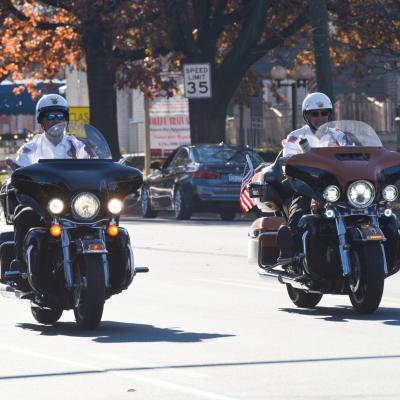 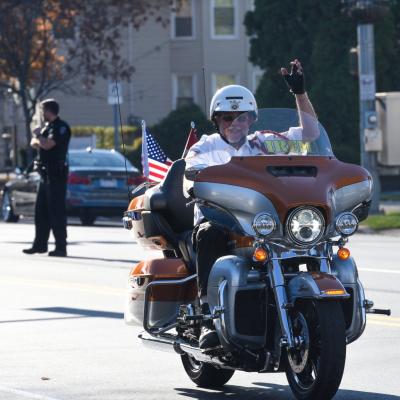 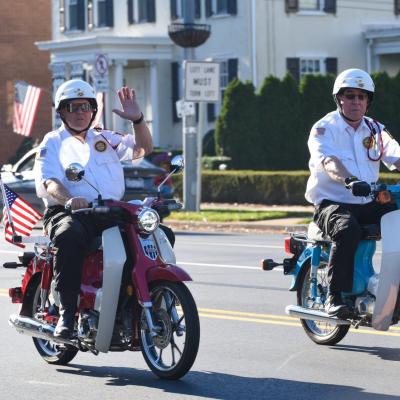 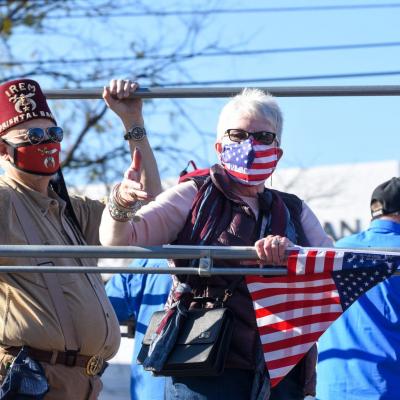 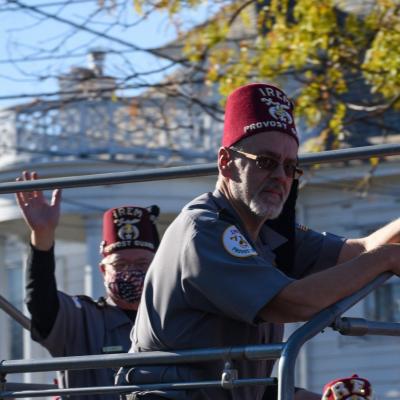